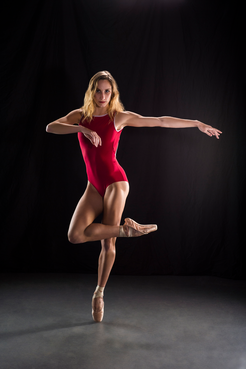 Alison Caspersen grew up in Edwards, Colorado and began her training at Vail Valley Academy of Dance under the direction of Anne Powell and Karen Samuelson. She received additional training from The Rock School for Dance Education of Pennsylvania, Milwaukee Ballet, Cincinnati Ballet, Washington Ballet, and Kaatsbaan.
In 2014, Ms. Caspersen was honored to be a part of the Helen Pickett Choreographic Essentials Workshop.

Ms. Caspersen received professional trainee status with Ballet Austin and performed with the company in The Nutcracker Ballet choreographed by artistic director Stephen Mills. She has also appeared in Ballet Austin’s Paquita and Women in Light. Ms. Caspersen continued her training with Atlanta Ballet as both a Conservatory dancer and contracted Fellowship artist. She has performed in Atlanta Ballet’s Nutcracker and Pinnochio and danced the featured role of the Evil Queen in Snow White. 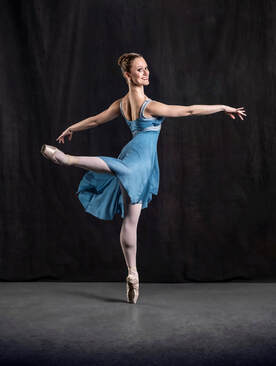 Jennifer Pedraza began her dance training at the Ballet Concierto of Puerto Rico under the direction of Carlos Cabrera. She continued her training with the Joffrey School of Ballet of New York, the New York Dance Project and with the National Ballet of Cuba – originally founded by legendary ballerina Alicia Alonso.

In Napoli, Italy, Ms. Pedraza was honored to dance with her beloved Ballet Concierto of Puerto Rico in  the classic ballet Coppelia and Swan Lake with National Ballet Theater of Puerto Rico under the direction of Jose’ Rodriguez.
​
With Georgia Dance Theatre, Ms. Pedraza has danced the lead role of Snow Queen in GDT's production of The Nutcracker Ballet and performed the lead role of Kitri in GAD & the Performing Arts production of Don Quixote in 2022. 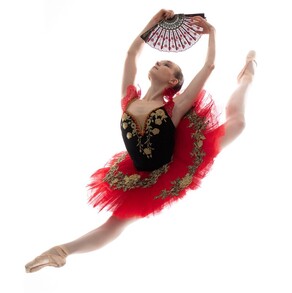 She has received Youth American Grand Prix Semi-Finalist Top Classical Award and was a MusicFest Northwest Ballet Young Artist Gold Medalist. Ms. Hart was a featured dancer at the Regional Dance American National Festival. Ms. Hart has danced soloist and principal roles throughout her career as a dancer.

Her professional career began at Ballet Arizona in Phoenix. She has performed various soloist and principal roles throughout her career.
​
Laura Hart is making her debut season as a Leading Artist with Georgia Dance Theatre for the 2022-23 Season.
​ 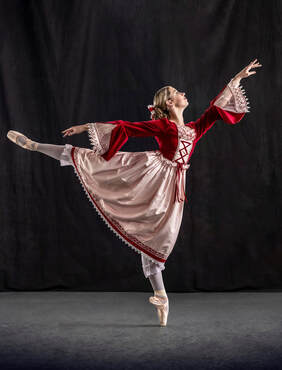 ​Abigail Boivin received her training from Atlanta Ballet and Mainstream Dance under the direction of Jaime Robtison. She has received additional training and scholarships from prestigious programs such as the School of American Ballet, Miami City Ballet, Rock School of Ballet, and the Covington Regional Ballet.

Ms. Boivin has danced various roles in Atlanta Ballet’s Nutcracker Ballet and had the privilege of dancing the lead role of Sophie in Twyla Tharpe’s world premiere of the Princess and the Goblin. In addition, Ms. Boivin performed in Terminus Modern Ballet Theatre’s “Italian Symphony” by Martha Goodman and Terminus Modern Ballet Theatre’s “Gust” by Tara Lee and “A step in three” by Heath Gill.

Ms. Boivin danced the principal role of Clara in Georgia Dance Theatre's production of The Nutcracker Ballet.
She has danced the soloist role of the Crystal Fountain Fairy in Georgia Academy of Dance & the Performing Arts' production of The Sleeping Beauty. She has performed various lead roles such as Clara, Arabian, Dew Drop, and various soloist roles in Georgia Dance Theatre's Nutcracker Ballet .

Ms. Boivin is in her 3rd season as a leading artist with Georgia Dance Theatre. 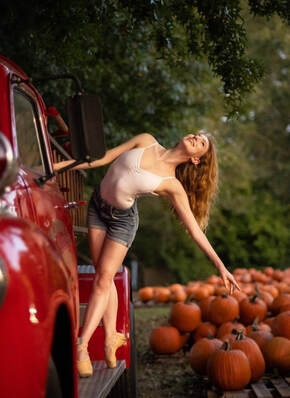 Ms. Odum has performed with the Sun City Gala, the International Ballet Festival of Miami, Houston Ballet and the Brandon Ballet in various Demi-Soloists and Principal roles. In addition, Ms. Odum danced with the Dance Alive National Ballet for 4 seasons and performed in various works such as Portraits and Ballet & Beyond by Ani Collier, Requiem by Kim Tuttle and classical favorites such as A Midsummer Night's Dream and The Nutcracker Ballet.

Ms. Odum is a graduate of the University of Florida with a Bachelor of Science degree in Information System Management and has a Minor in Mass Communications. 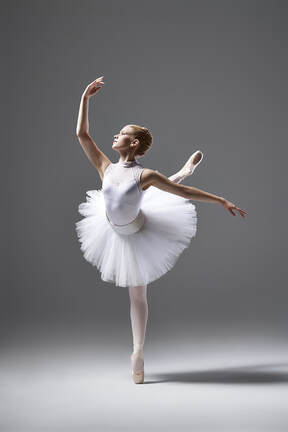 Ms. Swarting has danced professionally with the Los Angeles Ballet, Washington Ballet, and Nashville Ballet.
She has performed in Thordal Christensen's Sleeping Beauty and Nutcracker Ballet. She has performed various soloist and principal roles throughout her career in such ballets and contemporary works as Swan Lake, Seven Deadly Sins, Georgia Balanchine's Western Symphony, Paul Vasterling's Carmina Burana, Sleeping Beauty, and The Nutcracker Ballet.

She is a graduate of the University of North Carolina School of the Arts, Boston Ballet, and Nashville Ballet Training Divisions. In addition, Ms. Swarting is certified in Arts Management from the University of California Irvine.

Ms. Swarting created the Adaptive Dance: New Perspectives Program for students with special needs at the Nashville Ballet. And she is a writer for Pointe Magazine.

Ms. Swarting is in her debut season as a leading artist with the professional company of Georgia Dance Theatre. 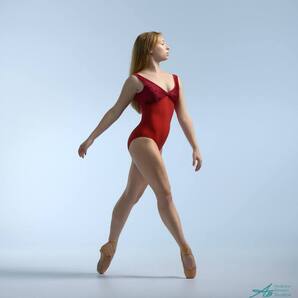 She has performed various roles throughout her career as a dancer in such ballets as Jean-Pierre Bonnefoux's Sleeping Beauty and Nutcracker Ballet.  She has danced in Georgia Balanchine's Raymonda Variations staged by Patricia McBride and danced as a soloist in Mark Diamond's Yamato.

Ms. Dancu has performed in Ethan Stiefel's Nutcracker Ballet and various film and classical works while at the North Carolina School of the Arts.

She is a graduate of the University of North Carolina School of the Arts. Ms. Cambria is in her debut season as a leading artist with Georgia Dance Theatre professional company. 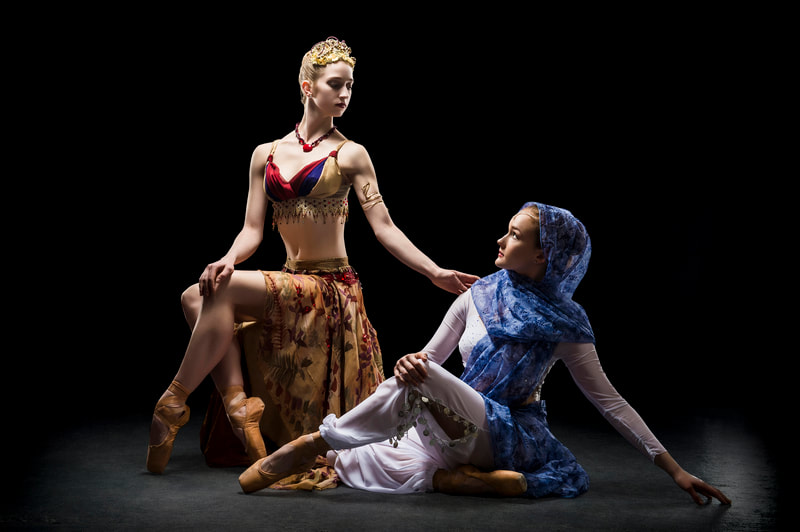 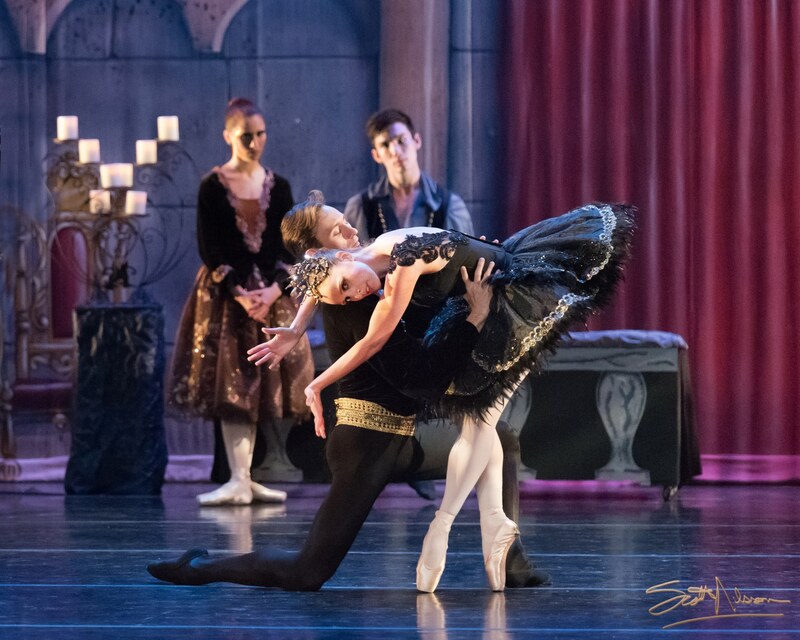 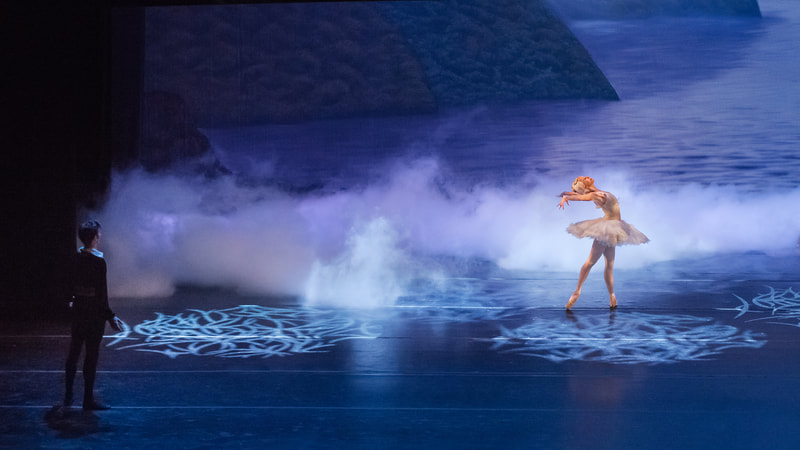 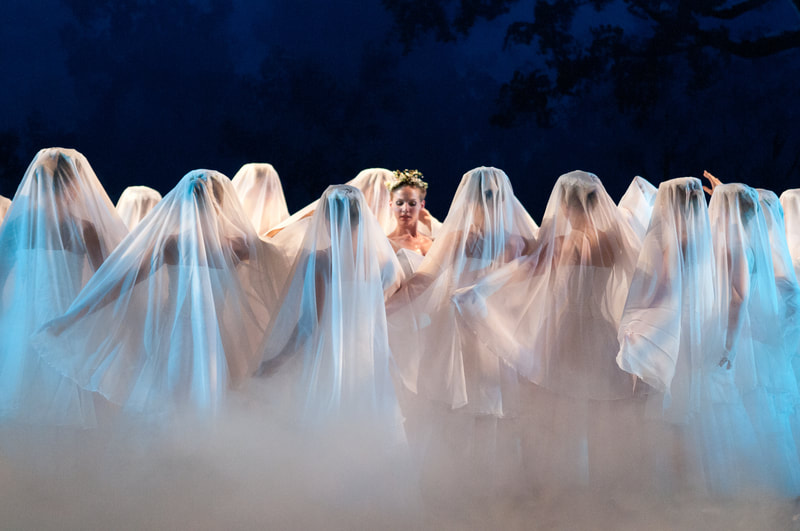 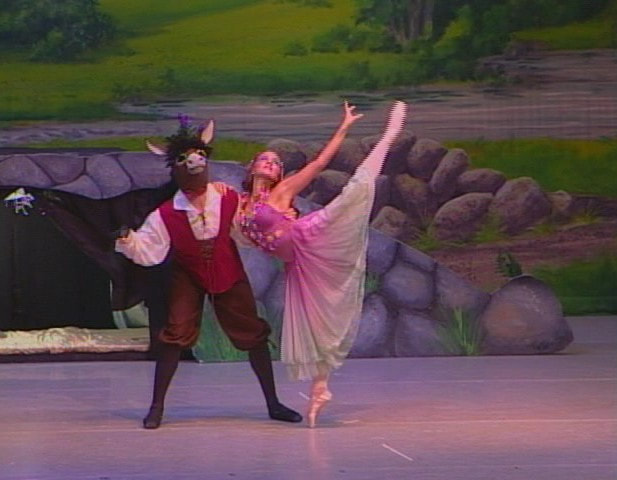